One of the biggest mistakes an amateur trader will make is thinking that he/she always has to have a trade live and running or that more trades = more money!

At The Social Traders we very much disagree with both of the above statements and wanted to make a video section to explain why. If you can grasp hold of this concept early on in your trading career then you are onto a winner. It will save you a lot of headache.

Firstly having the ability to sit patiently for a trade setup will be an absolute game change for your trading. We have had countless examples of new traders asking us ‘shall I enter the trade now’ or ‘what about now’ when we teach from the get go that a trading plan is essential to create and stick to.

The video on Pattern Separation is a great example of this, most traders would be inpatient and enter a position based off of a simple trendline or reversal pattern. At TST we always teach that you should be wary of your surroundings and think of a ‘Possible vs Probable’ scenario.

Before entering the positions ask yourself, what could price action do? The answer to that question is that it could really do anything! But what is the most probable thing price action could do? Then ask yourself what possible price action could do? Map it out. Remember the banks and institutions aren’t silly, they know where the majority of retail traders will be getting into the market and where they will place their stop loss and will work around this often tagging the majority of retail traders out before reversing in your previously planned direction.

There is a great rule we live by:

Where a rookie would look to place their stop loss is typical the trade will go from. Be wary of this and use it to your advantage. 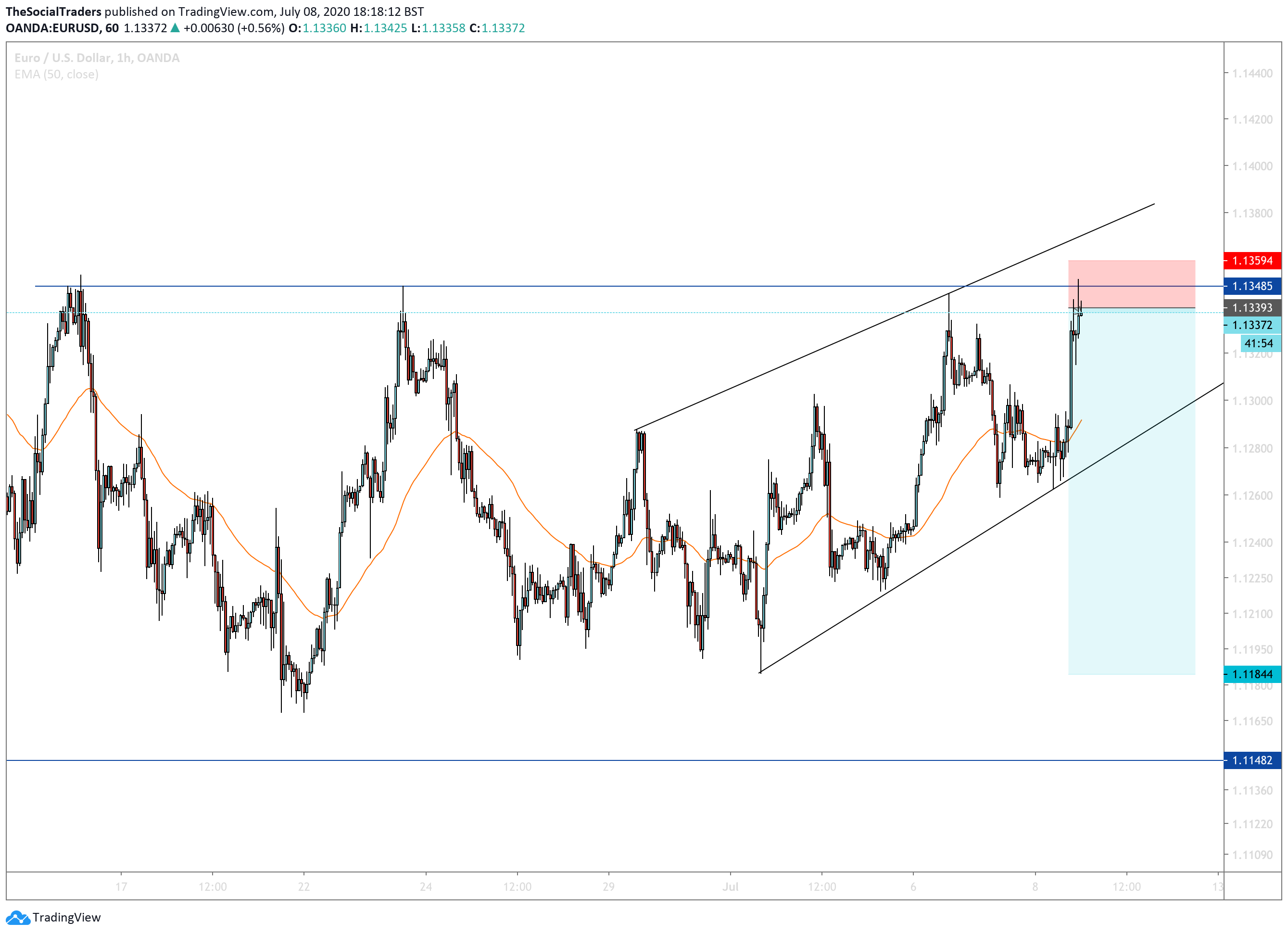 Here is a really simple example of what we mean. Most sellers would be looking to sell at ‘resistance’ i.e where price action has rejected multiple times and has been sold off. In this example this would be where there has been 4 touches on the blue Horizontal Ray line. An amateur trader would likely get in here with roughly a 20-25 pip stop loss. 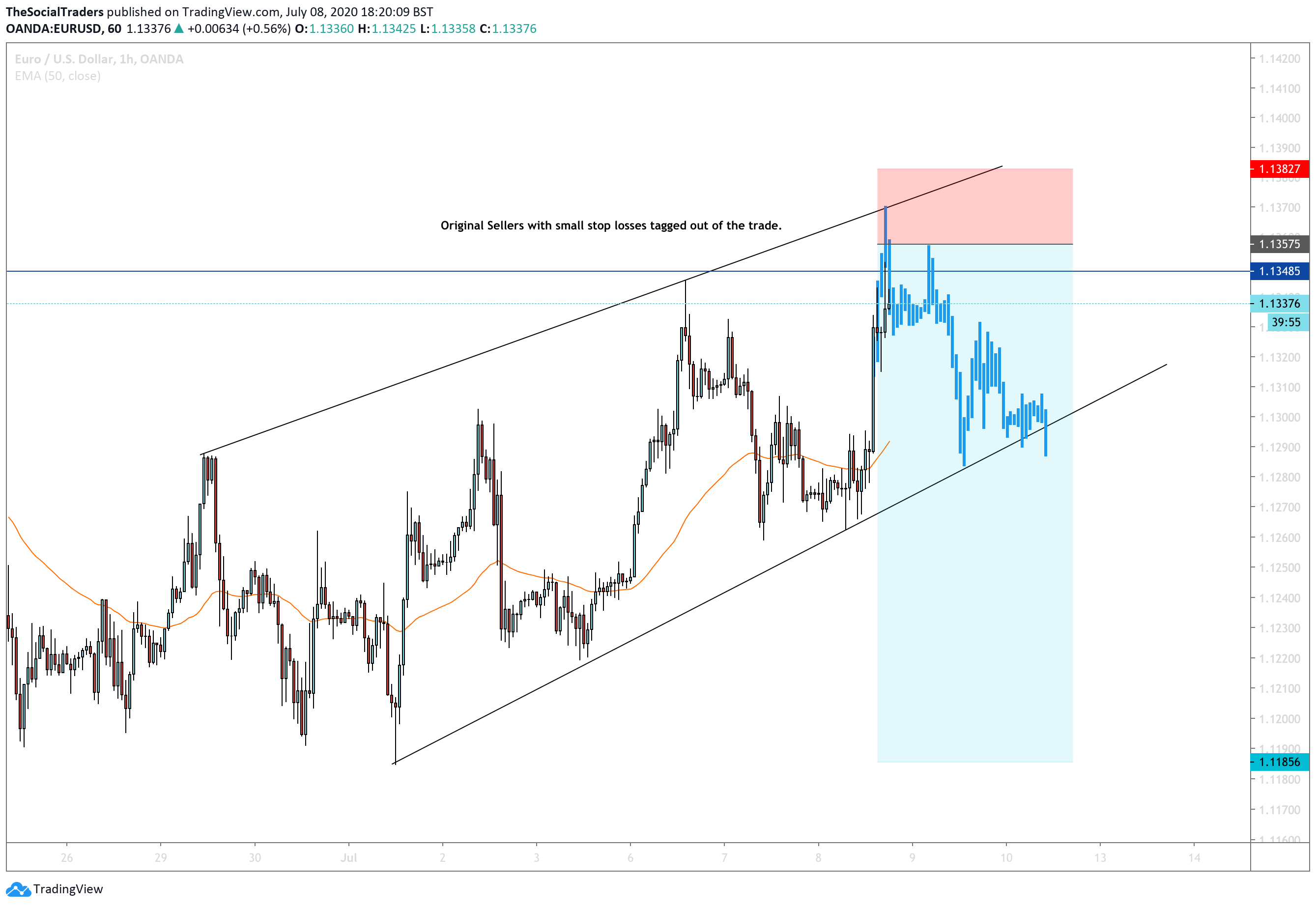 We see so many beginner traders feel like they HAVE to be in a position every minute the market is open and this really is far from being the truth. In fact the best traders we have seen take only a handful of positions throughout the week. Even if you had your eyes set on two currency pairs for the week and solely traded just those two, there is absolutely nothing wrong with this. Some of our MOST successful weeks have been when we simply focus on one currency pair and trade it for what it is, opening a position, then patiently waiting for the perfect scale in opportunity to continue in the position.

Let’s show you an example 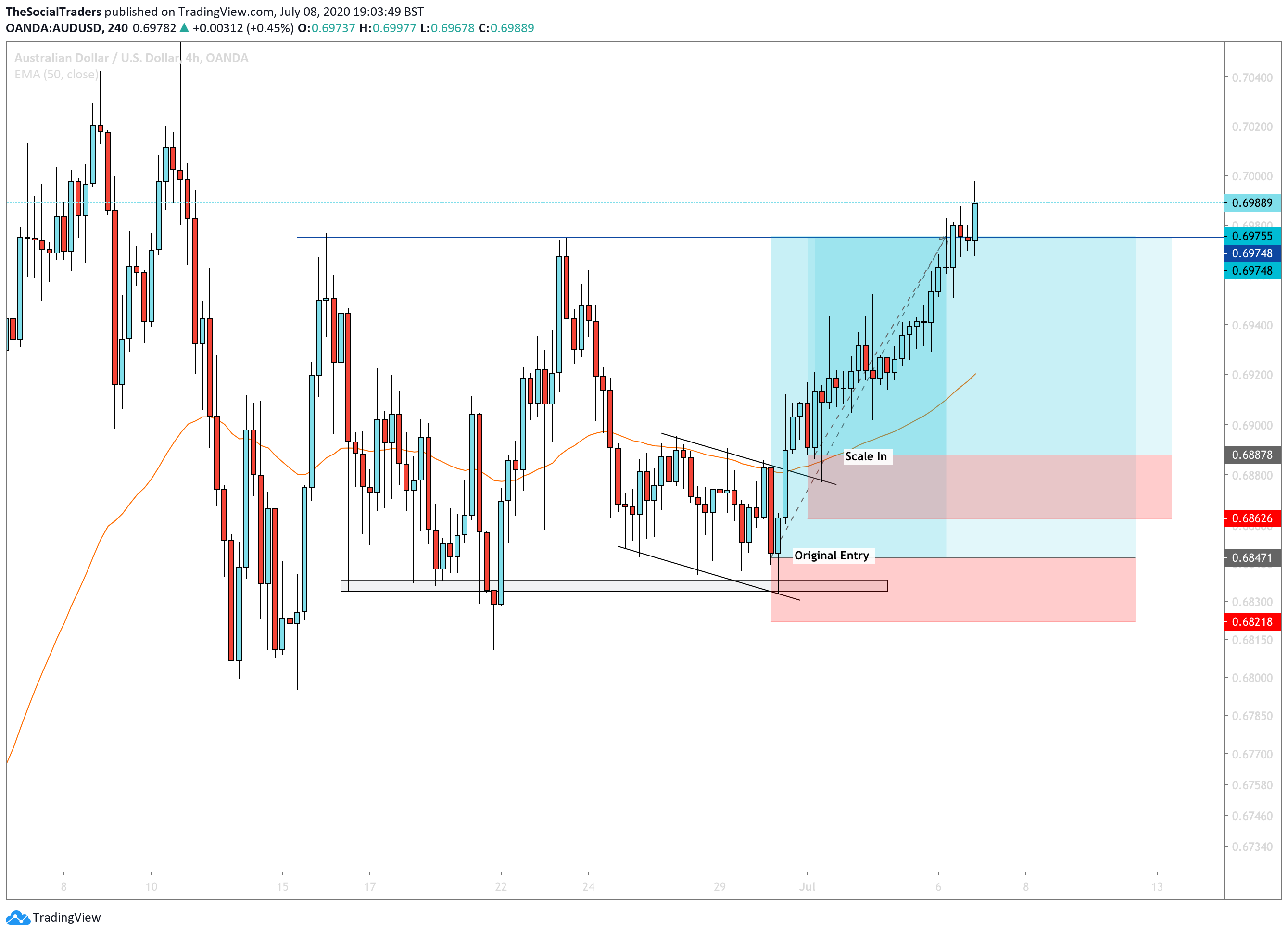 Here is an example of a position we held for the course of a week. This was actually one of the only trades we took that week as there really wasn’t much happening in the markets, lots of sideways movement and pairs that needed development. This trade went to bank around 9% at the point of closure, this was made up from our original position and a scale in opportunity that presented itself once price action re-tested the Descending Channel Pattern. A 9% week is a fantastic week on the markets if you continued this every week for the month you would have around a 40% month!

This just goes to show that sometimes ‘less really is more’. If we went rushing into loads of ‘valid setups’ throughout this week the chances are we would have entered into them to then just be tagged out, resulting in multiple -1% losses. Unnecessary losses too.

Be patient, remember – sometimes the best trade is no trade.

These products may not be suitable for all investors. Ensure you fully understand all risks involved and seek independent advice if necessary. Please see our Earnings Disclaimer.